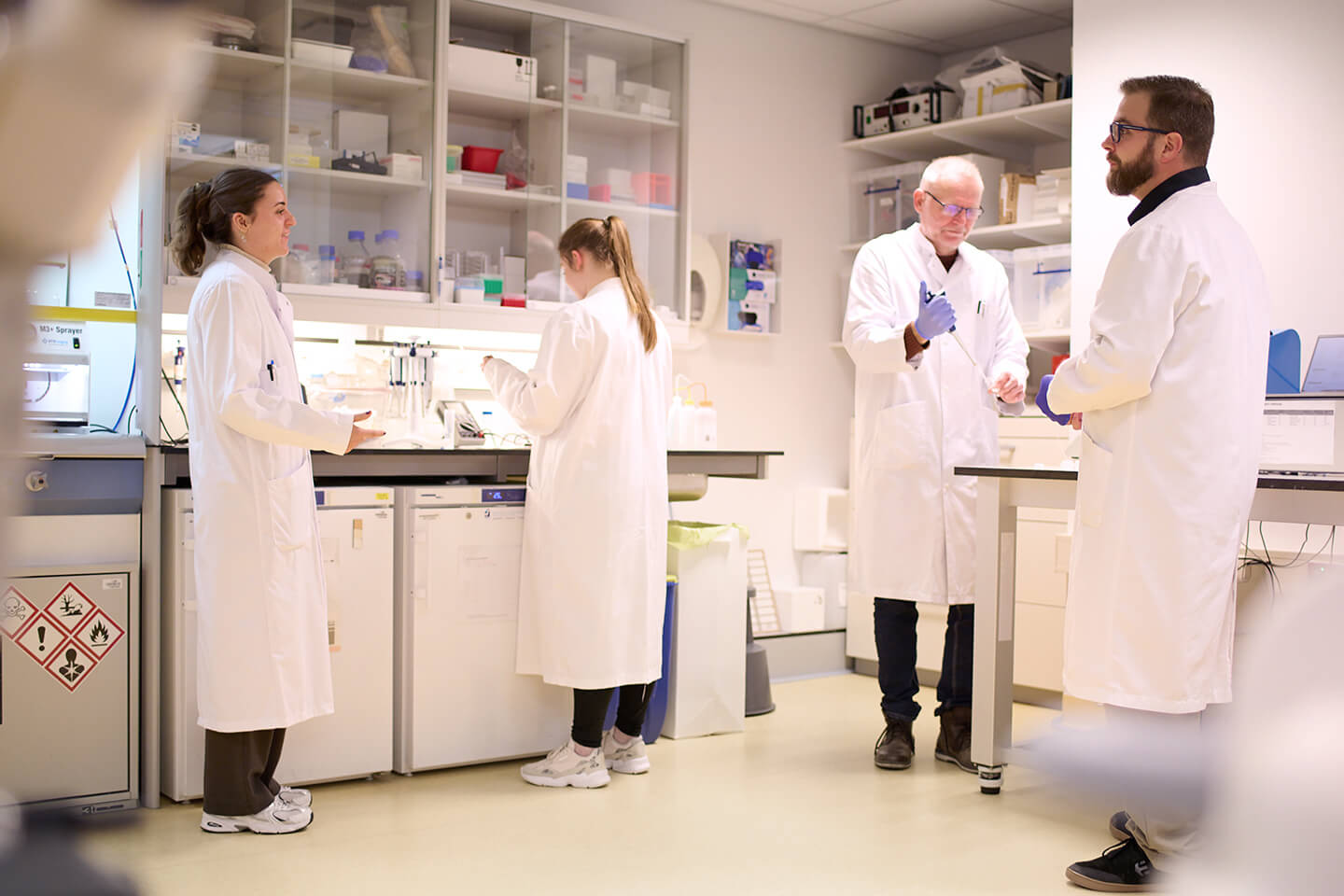 LUMC researchers have developed a new method to map the dynamic of metabolism in individual cells. They show that this technique enables detailed mapping of changes that kidney cells undergo after lack of oxygen. In this way, the researchers think they can predict possible damage to the kidney. The research was published in Nature Metabolism and funded by the reNEW consortium.  The authors are researchers from the group of reNEW PI Ton Rabelink and from the Center for Proteomics and Metabolomics.

New treatment options
A cell’s metabolism generates energy and maintains important nutrients in the body. Disruptions can lead to irreversible cell damage. It is therefore an essential process, which researchers are keen to understand. However, until now it has not been possible to study the dynamic of metabolism of a tissue or organ at the level of the individual cell. This new technique will change that. The researchers think that this technique will be useful for various disciplines. For example, it can be used to closely monitor tumor cells in order to find new targets for treatment.

More information
In Nature Metabolism, researchers from the Department of Kidney Diseases and the Centre for Proteomics and Metabolomics write why it is important to study the dynamic of metabolism and function of cells separately. Changes in the metabolism of one cell have a different effect on the larger tissue or organ than changes in another cell. By looking at the cells separately, researchers get much more information about what exactly goes wrong in a tissue or organ during disease.

Predicting damage
The researchers applied the new method to kidneys of mice that had suffered a lack of oxygen. In humans, this happens, for example, with a donor kidney that is transported to the recipient. Once the blood flow returned to the mouse’s kidney, the kidney seemed to be working properly again. But thanks to the new method, they found out that the metabolism of some cells was permanently altered. This can cause long-term damage to the kidney. Researchers therefore hope to use this method in the future to predict whether and what kind of damage a donor kidney will develop after, for example, a lack of oxygen. 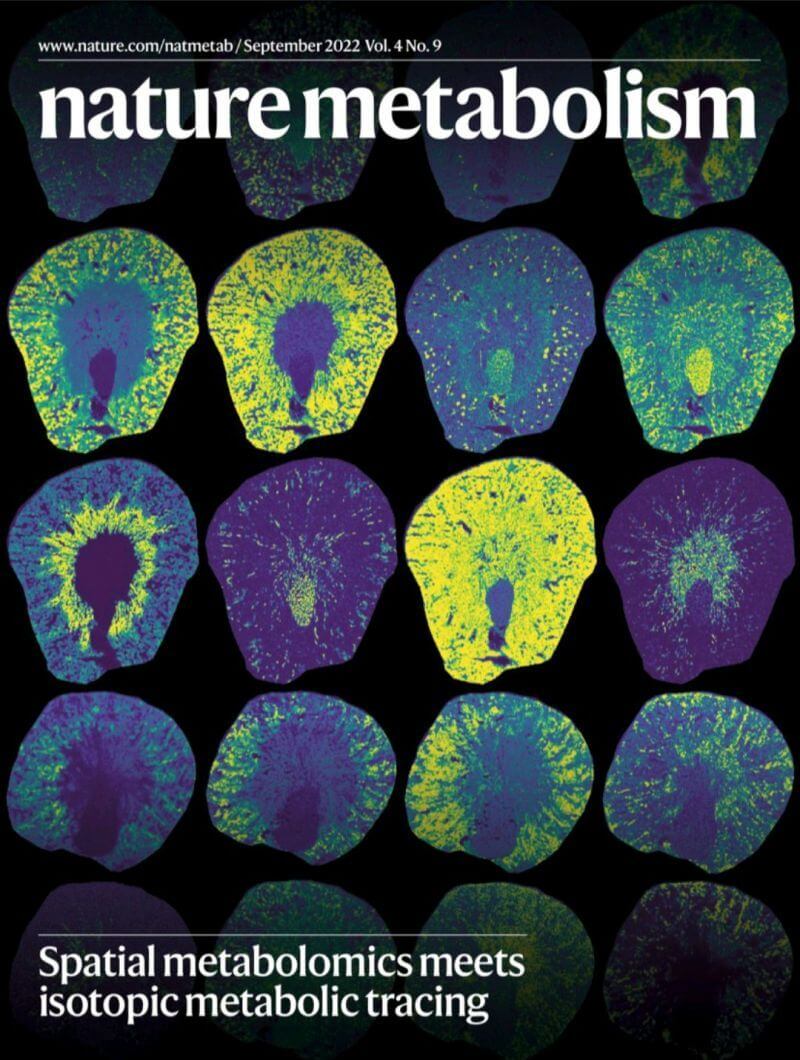 The paper version came out with a beautiful cover, made by the researchers in this paper. These images show lipid species distributions in kidneys, as recorded by MALDI-MSI. When this information is combined with isotope tracking, it allows mapping of cell-type-specific dynamic changes in metabolism as is described in the article