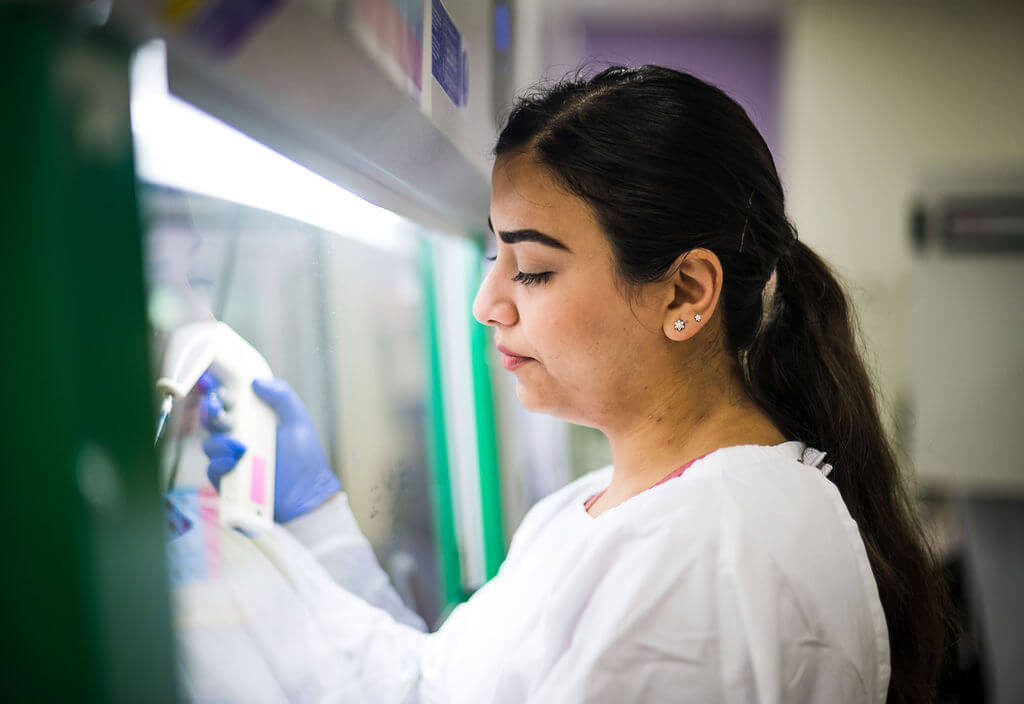 reNEW Melbourne researcher Ritika Saxena has been awarded for her contributions to the Victorian community as a medical researcher and international student.

Originally from India, Ms Saxena arrived in Victoria when she was 18 years old and has been an active and enthusiastic supporter of her student peer groups, the universities at which she has studied and her broader community.

Now a PhD candidate, Ms Saxena is part of the Murdoch Children’s Blood Development lab under the supervision of Professors Andrew Elefanty and Eduoard Stanley, and Dr. Elizabeth Ng She is also a part of the Novo Nordisk Foundation Centre for Stem Cell Medicine (reNEW), an international collaboration focused on advancing effective and safe stem cell-based treatments.

Ms Saxena is studying how stem cells can help patients with blood cancers, such as leukemia or bone marrow failure (rare diseases in which people are unable to make enough blood).

Her research is focused on understanding the formation of haematopoietic stem cells (HSCs) – rare cells that have self‐renewal capacity and the ability to regenerate all the different cell types that comprise the blood‐forming system.

The aim of her PhD, where she is enrolled through The University of Melbourne, is to investigate how these cells can be made in the lab from a patient’s own cells to enable future scientists to generate stem cells for those who lack a perfectly matched donor.

Ms Saxena said she hoped to have her own research group one day and improve treatment for patients with bone marrow failure and blood cancers.

Learn more about Ms Saxena’s research in the video below.

These prestigious awards are an initiative of the Victorian Government that showcase exceptional Victorian international students, alumni, and international education providers, championing them in Victoria and across the globe.